Susan Fortino-Brown has practiced in the field of Immigration Law exclusively since 1987. Ms. Fortino-Brown has served in several leadership positions with the National American Immigration Lawyers Association (“AILA”), including the Chair of the AILA Field Operations Liaison Committee to the United States Citizenship & Immigration Services (“USCIS”). She has also served on the following National AILA committees: Nebraska Service Center (“NSC”) Liaison Committee, USCIS Benefits Committee, National Benefits Center (“NBC”) Liaison, AILA National Ethics Committee, and the AILA Board of Governors, while simultaneously serving as Chapter Chair of the Chicago AILA chapter. In addition, Ms. Fortino-Brown acted as a member of the American Immigration Council (“AIC”) Board of Trustees, and she is presently the Co-Chair of the Leadership Council of the National Immigration Justice Center (“NIJC”) of Heartland Alliance in Chicago. Ms. Fortino-Brown is currently on the Chicago AILA District Director Liaison committee. She has been a contributing author for past AILA Immigration & Nationality Law Handbooks, and speaks frequently at regional and national Immigration Law conferences. Her clients are diverse within the immigration field, and include individuals and owners of businesses, a nationally prominent University and its faculty members, professional baseball players, competitive figure skaters, fashion designers, as well as individuals in family-based immigration, naturalization, asylum and deportation/removal matters. Ms. Fortino-Brown hosted a weekly Spanish radio program on Immigration Law and has appeared on national and local television and radio as an expert on the topic. She has been recognized by the Women's Bar Association of Illinois, receiving the “Women with Vision" award. Ms. Fortino-Brown has been featured in the Chicago Tribune, the Chicago Sun Times and Chicago Lawyer Magazine. Ms. Fortino-Brown speaks Italian and is fluent in Spanish. 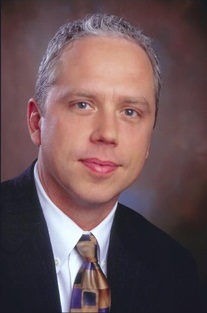 Stephen J. Navarre is the principal of The Navarre Law Firm LLC, a law firm located in Chicago, practicing exclusively in the area of U.S. immigration and nationality law and dedicated to providing spectacular client service. Mr. Navarre, formerly a partner at another prominent law firm specializing in the field of U.S. immigration law, has over twenty-one years of experience in the field of immigration law.
Mr. Navarre’s practice focuses on assisting large and small corporations in managing immigration issues, including management of employer documentation obligations, international transfer of personnel, hiring and employing specialized foreign national workers and assisting employees in obtaining U.S. permanent resident status. He has also effectively advocated for foreign nationals employed in a variety of special case situations, including business, investment, medicine, the arts and education. Mr. Navarre also assists individuals in personal and family immigration law matters.

Mr. Navarre is a past Chair of the Chicago Chapter of the American Immigration Lawyers Association (AILA). He also serves on the AILA national liaison committee with the USCIS Office of Benefits & Policy. Mr. Navarre has spoken on immigration issues at numerous national bar association, trade association and immigration law conferences and programs and is the author of several published articles in the field. Mr. Navarre earned his law degree from the Illinois Institute of Technology Chicago-Kent College of Law. He holds a B.A. degree from the University of Notre Dame and an M.A. degree in Medieval History from Indiana University.

Our firm is proud of the outstanding work we provide each year on behalf of hundreds of foreign nationals and the companies who employ them. Thank you for reviewing our materials. We invite you to learn more about the Law Offices of Susan Fortino-Brown at https://sfortinolaw.net/, or by contacting us personally at (312) 341-9009.